skip to main | skip to sidebar

This blog is dedicated to my sister of my heart, Mary Anne Wilson who believed the movie cough among other crazy stunts were necessary to keep talkers away from us.

It pays to be devious. Only witches could accomplish it better. 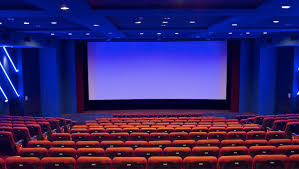 A Hexy Night at the Movies

“Best movie ever!” Blair enthused as they descended the stairs to the theater exit. “Talk about mega driving skills without using magik.”
“I loved it when they drove through the mall at 100 miles an hour,” Jazz chimed in. “Too bad they crashed the Lamborghini.”
“Too bad that beautiful fountain was taken out.”
“What do you think?” Jazz looked at Nick.
“Excellent film. All the action and chaos we enjoy.”
“Uh, ma’am.” A theater employee pushing a trash barrel looked first at the exiting foursome then the rest of the theater. “What happened?” He dared to ask.
The two witches looked over their shoulders at the rest of the audience peacefully snoozing in their seats.
“I can’t believe they slept through the film,” Blair said with wide-eyed innocence.
“Tell me about it,” Jazz said. “There was absolutely nothing boring about the movie.” She tsked. “I loved it,” with Blair’s approval of her statement.
Nick and Jake followed the chattering females out of the theater.
“Maybe we go to a concert next time?” Jake suggested. “It’s expected to be noisy.”
“Google strange happenings at Woodstock,” Nick advised. “Don’t worry, you’ll get used to it.”
“How long will they sleep?” Jake asked Jazz and Blair once they were outside.
“Not long. Maybe ten or fifteen minutes.” Blair wasn’t concerned.
“We did add that don’t talk during the movie amendment to the spell,” Jazz brought up. “So probably a half hour. What do you say we stop somewhere for a snack? I could really go for a good bacon cheeseburger.”
“Sounds good to me.” Blair grabbed Jake’s hand and steered him toward the car. “How about that 50s style diner we went to the last time Stasi and I were here? Or are you banned from there?”
“Not yet.” Nick pulled Jazz toward his car.
“I heard the whole audience was asleep in one of the theaters,” a woman exclaimed to the man with her as they walked past. “Do you think it was a gas leak or something?”

Moral to the story. It’s not advisable to talk during the movie in case there’s a witch there who might zap you with a Sleeping Beauty spell.


“I don’t know if six turkeys will be enough for all of us. There will be a total of eleven of us with Maggie, Declan, Courtney, Lili and Jared,” Blair said, surveying the kitchen counters covered with roasting pans, mixing bowls, and various pots and pans on the stove. “Trust me, Jake eats a lot. One turkey alone is like an appetizer for him. He’s been banned from every all you can eat buffets in five counties.”

“Excuse me! Hungry gargoyle here who’s also helping.” Horace held up his free claw while the other one made a handy dandy nutcracker for the walnuts he was put to work cracking open.

“And you demolishing the desert table doesn’t have something to do with that? The turkeys are twenty-six pounds apiece. We’ll be fine.” Stasi covered the sweet potatoes with marshmallows and popped them into the hot oven so they could brown.

“You did use cream and real butter in the mashed potatoes, didn’t you?” Irma wandered in with Phineas, her equally ghostly beau, in tow. “It’s what gives them the proper taste. All of that low fat and no fat nonsense will give you the right flavor.”

“It’s a good thing we all have metabolisms that can handle the extra calories and cholesterol.” Blair set the rolls on a cookie sheet to go into the second oven.

“Come on, baby. All you have to do is try it,” Jazz coaxed, leading Nick by the hand into the kitchen. “It’s not that bad.”

“How would you know? Have you tasted it?” The tall vampire followed her with a wary look on his face.

“You can’t give him that!” Blair and Stasi protested, aware what their witchy friend had in mind.

“But this will let Nick feel like he’s a part of the dinner,” Jazz argued.

“A glass of wine is just fine with me.” He started to back out of the estrogen-filled room, but thanks to magick increasing Jazz’s strength, his witch’s firm hold on his wrist wasn’t letting him escape. She used her other hand to pull a container out of the refrigerator.

“I’ve read books where they do additions like this. So why not this?” She dumped the contents in the blender and fired it up. She poured a little bit of the thick mixture into a glass and offered it to Nick who reared back as if she held a ball of fire. “It’s like an iron rich smoothie,” she assured him.

“That smells terrible! What’s in it?”

Jazz looked into the glass but seemed to hold her breath. “Pureed turkey and cow’s blood.”

“That was what you put in our refrigerator?” Stasi cried. “Jazz!”

“It’s not like I put bits of an entire dinner in there.” She held the glass toward Nick who kept backing away with his hands up.

Moss green eyes shot sparks in his direction. “Nikolai Gregorivich I made this for you and you will drink it!”

That was when Nick disappeared in the wink of an eye.

“I cooked for you!” Jazz shouted.

May all of you have a fantastic Thanksgiving day.

Posted by Linda Wisdom at 2:30 PM No comments: